How can sustainable drainage systems help to improve water quality? 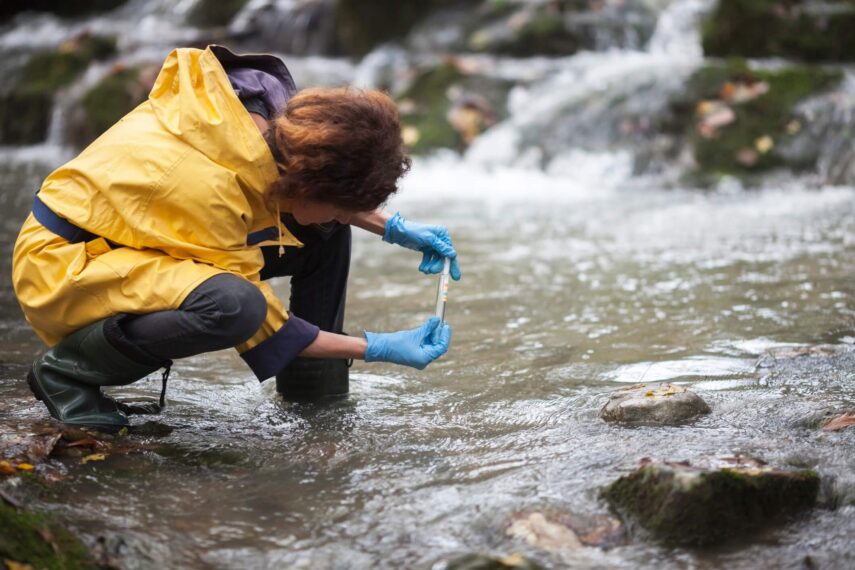 Water quality has been in the spotlight lately with a new water quality report by Surfers Against Sewage revealing that only 14% of UK rivers meet good ecological status and our bathing waters being at the bottom of the European bathing water table.

There are a number of factors contributing to the pollution incidents and water quality issues but improved management of surface water and stormwater, particularly during extreme weather events, is one key way that improvements could be made. Sustainable drainage systems mimic natural drainage by managing surface water at source and slowing the flow. They can help to improve water quality in a number of ways.

Channels such as swales, canals and rills are often used to collect and move water in sustainable drainage systems. Swales, for example, are usually shallow, allowing a thin layer of water to flow over the vegetation and providing treatment for the water. Planting of existing channels including canals and rills, and retrofitting of landscaped areas in dense urban environments, can be an effective way of treating water to remove silt before the water flows into other SuDS components. The vegetation should be planted to provide good cover and bind the soil to ensure maximum effectiveness for water treatment. Treatment channels can also remove silt and oil from surface water by collecting and slowing water down, and capturing oil using an outlet that acts as a mini oil separator. 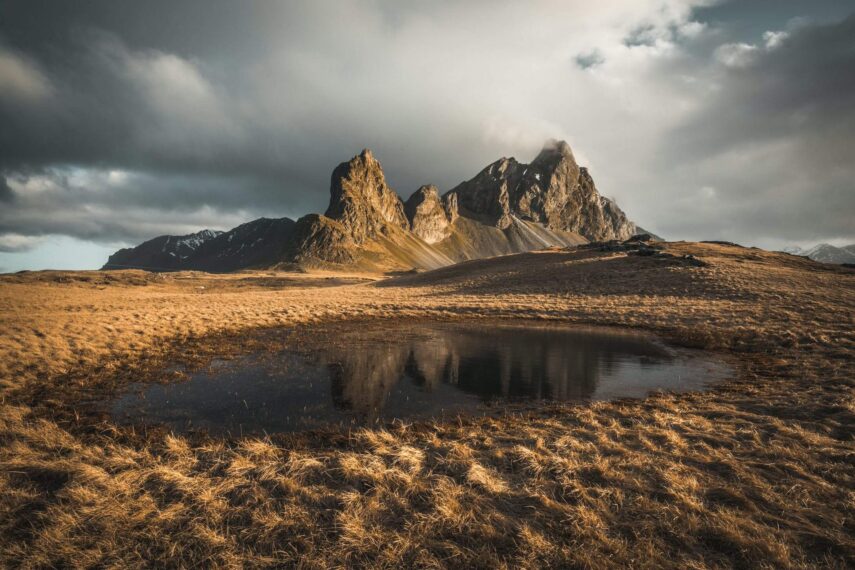 Allowing water to naturally permeate into the ground, not only reduces the volume of water that runs off into the water course but can also be used to treat lightly polluted water, removing suspended particles (and to a lesser extent soluble pollutants) by allowing water to soak through a layer of subsoil before it reaches the water table. Filtration, adsorption, ion exchange, precipitation and microbial action can all help to cleanse the water as it moves through the soil. Soakaways are the most common form of infiltration, usually installed in an individual property, but infiltration trenches, infiltration basins and rain gardens are also key infiltration components that can be expected to remove a large proportion of solids and a lower proportion of soluble pollutants. Geocellular tanks are also SuDS components that can be used to provide infiltration on larger developments, providing a large surface area with the ground and infiltration via a permeable geotextile wrap which can also help in removing pollutants.

In urban areas particularly, surfaces tend to be covered by buildings, concrete and paving. This reduces natural infiltration, and surface water is often channelled through a network of pipes and culverts, moving surface water into foul sewers. Increased urbanisation and development places a greater demand on an ageing sewerage network. When a sewerage network becomes overwhelmed, untreated water may be discharged into rivers using storm overflows. These are only supposed to be used during extreme weather events, however the Environment Agency revealed that in 2020 alone, sewage was pumped into rivers and seas nationwide over 400,000 times, totalling over 3.1 million hours of sewage pollution release into our waterways and coastlines.

Managing water at the source using surface control SuDS components reduces the volume of water that is discharged into a sewage network. These can range from water butts and rainwater harvesting, which store and reuse water, to green roofs which hold water for evapotranspiration to permeable paving which allows water to soak through a gravel sub-layer into the ground. Filter strips, soakaways, geocellular drainage, swales and rain gardens are also effective ways of reducing the volume of water and need for offsite conveyance. 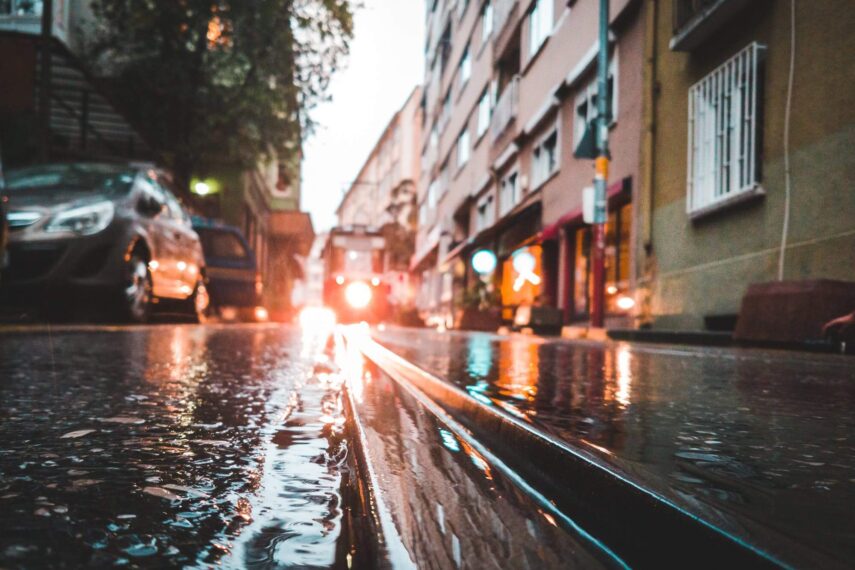 Slowing the flow and flood resilience

Climate change is causing an increase in extreme weather events. During extreme weather, a large volume of water falling onto impermeable surfaces can lead to flooding and pollution. There are many different SuDs components that can slow the flow of stormwater and attenuate or temporarily store it, allowing it to be released in a slower and more controlled manner. 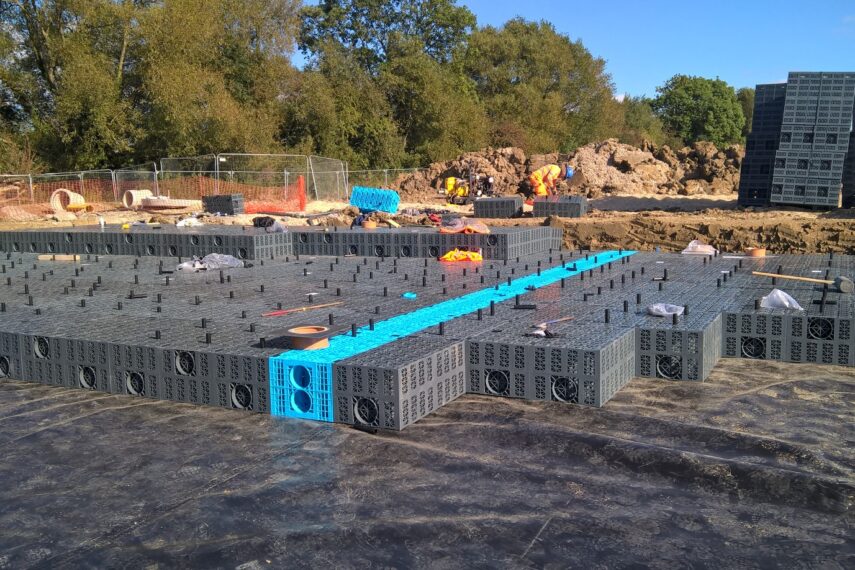 The barriers to sustainable drainage systems

Despite the benefits provided by sustainable drainage systems in terms of climate resilience, flood prevention, water quality, biodiversity and better places to live and work, the use of sustainable drainage systems both on new developments and the retrofit of existing urban areas is still relatively low. This is a result of a combination of factors including space, cost, concern over maintenance and adoption and lack of consideration at early planning stage. Awareness and perception of the benefits of SuDs amongst key stakeholders is often mixed, and legislation has been inconsistent and ineffective.

There is however, hope that SuDs will eventually become mainstream. Our recent whitepaper with NCE looks at the impact of the Design and Construction Guidance for the Sewerage Sector that came into force on 1st April 2020. It concluded that the current legislation did not enforce SuDS, and that a  legislation change is needed to make the owner clearer.

There is growing pressure for a greater commitment by water companies to reduce flood risk and manage water quality, which is also to drive greater investment and innovation in this area.

How important do you think sustainable drainage systems are for ensuring water quality?

Find out more about how Wavin solves the puzzle of stormwater