Martin Lambley comments on the future of drainage

Martin Lambley - Wavin’s Product Manager for Foul, Utilities and Water Management - recently took part in a roundtable exploring the current and future challenges of rural and urban drainage. Chaired by Phillip Mills, Chairman of the ICE Water Expert Panel, the debate brought together experts from across the industry. In this article, Martin shares his three takeaways from the event.

1) Local flooding authorities must be consistent in their approaches

Climate change has led to more volatile weather conditions, with a noticeable increase in storms and extreme rainfall. With 3 million properties in the UK at risk from surface water flooding and disruption from flooding costing the UK economy £1 billion per year, it’s clear we need more innovation with drainage solutions.

A fundamental theme that kept recurring throughout the debate was that a single approach won’t be applicable for all flooding relating to surface water. Smart cities and control of flow will be relevant up until the optimum point, but then what are the next steps? New developments may plan to keep surface water out of the system in the first place, but there isn’t a “silver bullet” regarding surface water drainage; it’s going to consist of many factors working in collaboration with the correct drive and implementation of policy.

With resistance being seen from the Cabinet Office, how can expectations of the public be suitably managed? Enforcing planning laws can be difficult when planning departments are under pressure to accept new developments while addressing issues of housing and overcrowding. Sue Illman, Owner of Illman Young Landscape Design Ltd and co-author of the SuDS manual, conducted a survey with local flood authorities, the results of which showed a lack of consistency between different authorities and the work they’re doing for sustainable drainage – a challenge that needs to be reviewed and reassessed.

2) The future of drainage must be reviewed as a whole, not with parts in isolation

Atkins has been involved in many projects in London, including the Old Oak Park, one of the biggest developments in the capital. The need to store surface water locally was proposed as a solution, but this also raised further questions. Where do you put the water being stored? How long do you store it? What do you do with it once it’s stored?

There are many options to recycle the water, in terms of local uses, which alleviates the water demand. Some developments are massive high density developments so water demand is definitely an issue. The future of drainage requires viewing the system as a whole – it’s no longer possible to view parts of the system in isolation.

Another suggestion was to put surface water in tanks, creating a delay with release of the water. In contrast, determining how viable a non-tank based attenuation can be, the key factors were raised as a combination of legacy, available green space and density of development.

Join us to discuss the future of drainage

Initially, there is an increase in costs compared to conventional drainage solutions, but as a consequence there is a reduction in overall water usage which leads to a reduction in bills. This means, over a sustained period of time, there are cost benefits of sustainable drainage and water users will see benefits from it.

How the changes in the urban environment are addressed needs to be considered when thinking about how it can be done better in future. The need for smart systems dealing with what’s underground is essential.

Is water quantity or water quality the more pressing issue? Are current drainage systems the problem, or poor management of them? How can we make game-changing improvements if drainage pipes haven’t fundamentally changed in 6,000 years?

These are some of the questions we ask in our Future of Drainage initiative. Get involved. 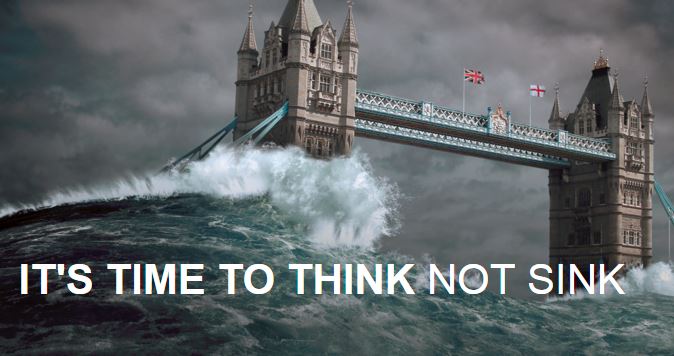