Our Gear Up campaign recognises that plumbers are everyday superheroes. And, like any superheroes, they have to face their fair share of villains, from cockroaches in kitchen sink pipes to snakes in toilets; spiders in bathtubs to rats at the back of washer-driers.

It’s certainly not a trade for the faint-hearted, as we discovered when we asked our plumbing community for their horror stories.

Not wanted, dead or alive

Living creepy-crawlies are bad enough, but the team at Stopcocks, a national company of female plumbers, shared tales of even more grim discoveries – dead bodies.

One brave Stopcocks soul went to fix a smelly leak in the toilet and found a decomposing mouse behind the basin, while another discovered a whole chicken carcass was the cause of the blocked toilet that she was sent out to fix!

No horror story is complete with the setting of a dimly-lit loft, which is where Hattie from Stopcocks found herself coming into contact with vermin. As she reached up and put her hands into the loft hatch, she felt the cold, soft fur of a dead rat.

And she wasn’t the only one with a loft-based shocker.

Plumber Julie Street had a close-call. “I went up into a loft once and the bulb failed in my torch, leaving me in total darkness’’ she says. ‘’As I crawled carefully along a joist to the loft hatch, an eerie green face loomed out at me, almost causing me to fall through the hatch in fright. It turned out to be a big luminous statue of the Virgin Mary!”

Given the very nature of the job, there are many scary hazards to the plumbing trade, so we weren’t surprised to hear a couple of toilet traumas.

“I was doing a soil stack a while back, and the painter on site really needed to use the toilet,’’ one plumber told us. ‘’I told him ‘Give me half an hour and I’ll be finished.’ But could he wait? Nope. He jumped on the toilet, then proceeded to flush with the soil stack still unfinished. The next thing we knew, his business was all over the back yard!” 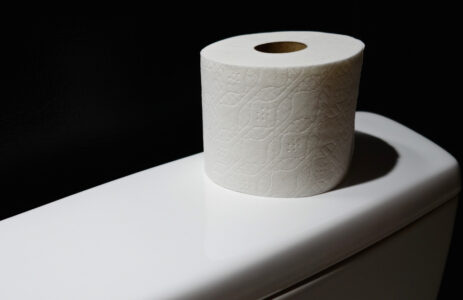 Toilets: The home of many plumbing horrors…

Another confided: “I was called out to a job to fix a leaking flexi onto a tap. Obviously, I went to turn the isolator off first, then went to undo the nut and it started spraying, so I went to tighten it and then it just suddenly burst. The isolator was broken and I couldn’t find the stop tap anywhere. I went to turn it off on the road and it was full of muck, so I’m there digging for my life, while water is spraying full bore into the bathroom.”

Thank you to all the plumbers who shared stories with us. Tell us more tales of plumbing terror on Facebook and Twitter.