Water Stocks – Make It Rain – Rethinking The Value Of Water

Money doesn’t grow on trees, but will fall from the sky by 2040.

‘What type of water do you run?’ won’t sound as strange a question in about twenty years time. Water is heading in the same direction as energy and that didn’t always come in all the flavors we have today: wind, green, grey, sun, coal. Water is the next raw material to become big business. Just last December, the iconic Wall Street gong sounded as water became a future, an opportunity to invest money in. Globally our water supply is running low and where there is limited availability and a high demand, things get interesting. Don’t be surprised if in the near future a good rain shower makes the stock market spike. The next two decades are bound to bring innovative solutions for the world’s water issues. Here’s some inspirational examples to kickstart your (re)thinking of water. 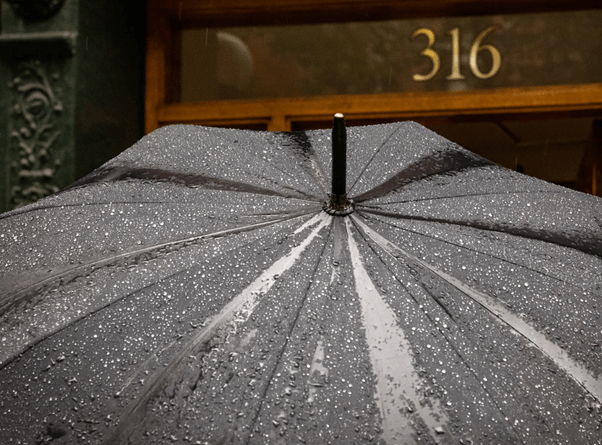 In ten years time, 60% of the worlds’ population will be living in metropoles. The problem these big cities face is their lack of uncemented soil to soak up the heavy rainfall caused by climate change. The pressure wastewater puts on infrastructure is increasingly high and so is the damage, the cost is immense. Water supply is often run by local governments and just like the outdated city’s sewer systems, they’re overwhelmed by this gigantic task.

Pablo Bereciartua, former Secretary of Infrastructure and Water Policy in Argentina, saw the need for a different approach and decided to challenge businesses to start teaming-up with the government to come up with joint solutions. He ended up with four times as many funds as initially budgeted by implementing a bonds system. With his innovative mindset he built a bridge between government and business that resulted in new infrastructure and access to water for 4 million Argentines.

The ancient art of capturing rain

It pays to take another good look at how we manage water. For the longest time, people thought harvesting rain by using the rooftops in urban areas as a place to collect water couldn’t be lucrative. Until recent research proved the opposite; harvesting rain via public-private partnerships can provide 17%-29% of a city’s need for non-drinking water, bringing down government expenditure for water supply by up to 85%. That’s a lot of money saved, and a lot of water kept from wearing out those overwhelmed sewer systems. Imagine all the city rooftops working together as a protective shield, keeping us dry while providing a necessity of life.

From drizzle to drinking water

But rain water isn’t yet suitable for home usage, currently the epicentre of innovative solutions for consumers. Which is why the EU co-funded Aqualoop, a system to collect and purify rainwater for home usage. Water really is taking on a new shape, both in the way we use it as in value. And it’s about time, because if we don’t act now, in 2050 the UN expects 6 billion people to suffer from a lack of clean water resources.

‘Make it rain’ is a slang term for earning a lot of money, or making something very successful. Throughout the chain there lies an opportunity to start rethinking water. Good water management can make cities better, healthier places to live, making them future proof and resilient towards climate change and sustainability. The time has come to get creative.